Letting someone you don’t know borrow your car for a day, a weekend, or a full week was unthinkable until a few years ago. It’s becoming increasingly common thanks to car-sharing platforms like Turo and Getaround. These apps allow private motorists to make a little bit of extra money by giving other drivers an alternative to rental firms.

For owners, letting another driver take your wheel is a big decision, so understanding the best company to work with is vital. For renters, Turo’s cars can be a bit older and have higher miles than Getaround cars, but they may be more affordable. If we’ve caught your attention about this new fad, learn more about these companies.

Turo has been around since 2010 and was formerly called RelayRides. The company launched nationwide in 2012 and rebranded to Turo in 2015. Headquartered in San Francisco, Turo also operates in certain Canadian provinces and in the United Kingdom.

Getaround was founded in 2009 in San Francisco, where it is also headquartered. The company started its car-sharing service in 2011 and in 2019 absorbed Drivy — a European car-sharing startup — in an effort to increase its international presence. 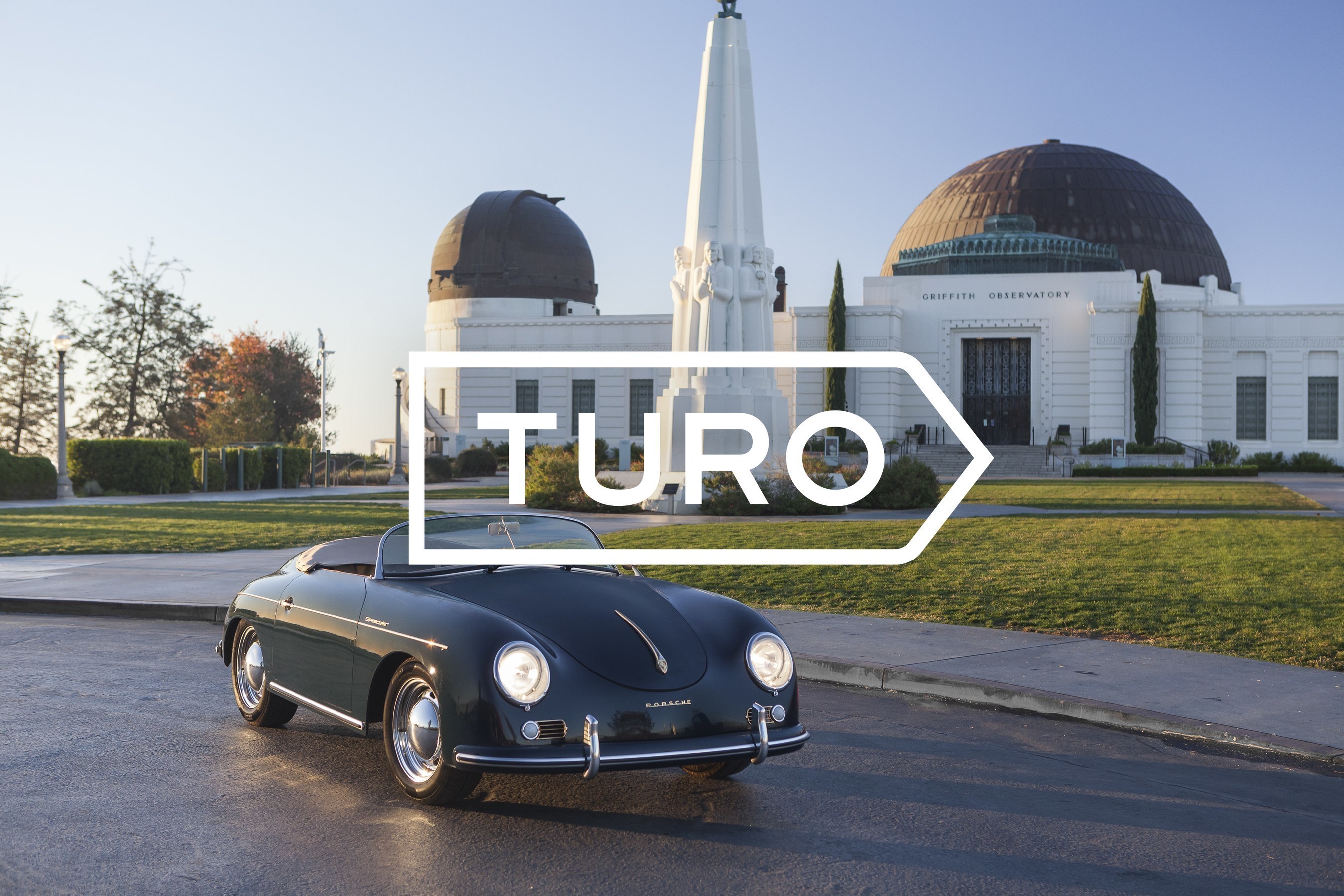 You will find a lot of similarities when renting a car out on Turo or Getaround. For example, both companies thoroughly screen the renters before they rent, owners can choose where the rental will be picked up, and each offers a way for renters to unlock the vehicle with the app. Being able to unlock the rental with the app is possible with the professional installation of hardware into the car. Each company offers its own version and price of the hardware (more information below). This is a nice feature because owners don’t have to meet the renters to hand off the keys. Below, we lay out how each service differs for rental owners.

Turo’s website provides a list of requirements potential rental cars must meet in order to be a Turo car. For instance, the vehicle needs to be 12 years or younger in age (unless it’s a classic or specialty vehicle), it must have under 130,000 miles, and the title needs to be clean. Turo also doesn’t allow RVs, motorcycles, and large vehicles that seat more than eight passengers. All the details are on Turo’s website.

Getaround’s requirements are a little stricter because vehicles must be at least a 2010 model and have under 125,000 miles. A clean title is also required. The company also states that rentals need to be a private passenger vehicle with at least four wheels and eight seats or fewer. Visit Getaround’s website for all the details.

Listing on Turo is free, and the optional Turo Go hardware installation costs $190 but currently doesn’t require a subscription fee. However, Turo charges fees like $25 for submitting a damage claim or $200 if owners misrepresent their vehicle in the listing.

After the first 90 days, Getaround charges a $20 subscription fee and a one-time fee of $99 for the required hardware installation. Like Turo, Getaround can charge owners fees for things like canceling a rental trip and submitting claims.

Turo is available anywhere in the United States, including Alaska and Hawaii. Getaround is limited to more than 100 cities in North America. The majority of the cities the service operates in are in California, New Jersey, and Massachusetts.

Installing the Turo Go hardware is completely optional and is only available in Los Angeles, the San Francisco Bay area, San Diego, and in some Canadina provinces. Most vehicles made after 2012 qualify for Turo Go, and the hardware must be installed by a professional. Certain vehicles also qualify for Turo Go Digital; this feature uses the car’s existing connected car software to unlock the car, so no hardware installation is required.

In order to list a car on Getaround, the Getaround Connect hardware must be installed. Like Turo, owners can’t do it themselves, and the vehicle must be taken somewhere for the installation. Getaround Connect is available everywhere Getaround operates and is required to be used on all rentals.

Getaround offers $1 million in liability through Broadspire. The company’s protection plan covers 100% of damage made when the vehicle is rented out but does not cover exterior wear or tear or minor damage.

Turo allows owners to set their own rate and mileage restrictions. Turo can also recommend a rate for owners who don’t want to set their own. Getaround automatically sets the rate of rentals for owners using an algorithm the company developed, but owners can adjust it. Getaround doesn’t let owners choose milage restrictions because renters have a set limitation (see “Distance limitation” below for more).

How much can owners make

Turo’s website currently claims that owners average $706 per month. Getaround’s claim on their website is more vague, stating that owners can earn “thousands” in a year.

Who can rent Turo and Getaround vehicles

Anyone approved can rent through Turo with the exception of rideshare drivers, including Uber and Lyft drivers. Renters who want to use a Turo vehicle for ridesharing must ask Turo’s legal department for permission in advance. Like Turo, anyone who qualifies can rent through Getaround, but unlike Turo, certain Getaround owners in certain cities can rent to Uber drivers if they choose to thanks to a partnership with Uber.

Turo has two-way reviews, meaning both owners and renters can review each other after the rental is over. Currently, Getaround users cannot leave reviews for renters or owners.

Renting a car from either company is easy through their app or website and doesn’t require a subscription. You simply put in the needed dates, add any filters you might want, and a list of vehicles will pop up in the area (if available). The checkout process is also straightforward and requires a credit card. Both companies offer a large variety of cars to choose from; however, Turo offers classic cars, while Getaround doesn’t.

Not anyone can rent from Turo or Getaround; there are requirements and a background screening. For example, the minimum age is 18 for Turo and 19 for Getaround. Speaking of age, it’s important to know that both companies charge a fee for drivers under 25. Also, renters need to provide driver’s license information and, with Getaround, their social security number for the background check. This is done so that each company can provide rental owners safe and responsible renters.

When searching for the right rental car, Turo’s system has some advantages over Getaround’s. On Turo, renters are able to sort by price, and the system shows owner reviews. That’s not the case with Getaround. Also, Turo shows the daily rental rate before checkout; Getaround clumps the rental rate into one price, making you do the math.

Length of time to rent

With Turo, you can’t rent by the hour, but you can with Getaround. This is where Getaround has a big advantage if renters want a car for less than a day.

When we searched in the Los Angeles area, both apps located more than 200 vehicles for me to rent. It was a similar case in Washington, D.C. — both found about 150 vehicles for rent when we checked. But in Miami, Getaround only found about 30 cars versus over 200 with Turo. In Dallas, Turo had about 60 cars for rent, whereas Getaround didn’t have any because they don’t operate there or anywhere in Texas.

Distance limitations vary on Turo because owners can set it themselves, including unlimited miles. The lowest I’ve seen is 150 miles per day, but 200 miles per day seems the most common. But if Turo renters want unlimited miles on a car with a limit, they can pay extra. Getaround has a set limit of 20 miles an hour, up to a total of 200 miles a day. Renters can add additional miles but at a cost.

Availability for renters isn’t different from the above owners section. Turo is nationwide while Getaround is currently limited to just over 100 U.S. cities.

It’s not common for rideshare drivers to rent a Turo car because you are required to ask permission from its legal department. In addition, there are other car-sharing apps that cater to rideshare drivers. Using a Getaround vehicle is possible for Uber drivers thanks to a partnership between the two companies, but it’s limited to San Francisco, Los Angeles, San Diego, Philadelphia, Washington D.C., Boston, Denver, Atlanta, and Portland.

As mentioned in the above owners section, you cannot leave reviews on the vehicles you rent through Getaround. Turo lets owners and renters review each other.